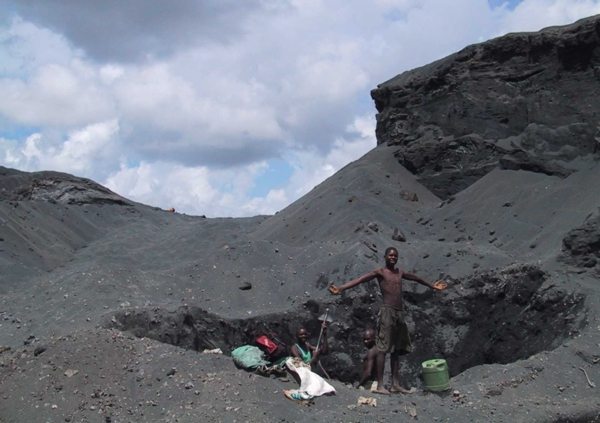 Highly contaminated mine waste dumps simply left once the mine closed. …

Pollution by lead from the copper mines in Zambin

Background Kabwe is the second largest city in Zambia with a population of 300,000. In 1902 lead was discovered in the mine Ore veins with lead concentrations up to 20% have been mined deep into the earth. The mine closed in 1994 The government failed to address the potential danger of lead The city has been left with hazardous concentrations of lead in the soil and water.

Smelters emitted dust particles that settled over a 20 km circumference and became buried in the soil. The local canal became contaminated with lead which lead further ground contamination during flood events. High concentrations of lead found in soils levels of lead right next to the smelter measured 245,000 parts per million (ppm) Levels in a local township ranged from 7,000 ppm to 38,000 ppm Lead content of soil in residential areas should not be more than 400 parts per million Industrial and agricultural sites.Lead is one of the potent neurotoxins in the world In total 200,000 people were affected by the contamination Some children were found to have more than 200µg/dl Symptoms of acute poisoning occur at levels above 20µg/dl Levels above 70µg/dl are considered a medical emergency.